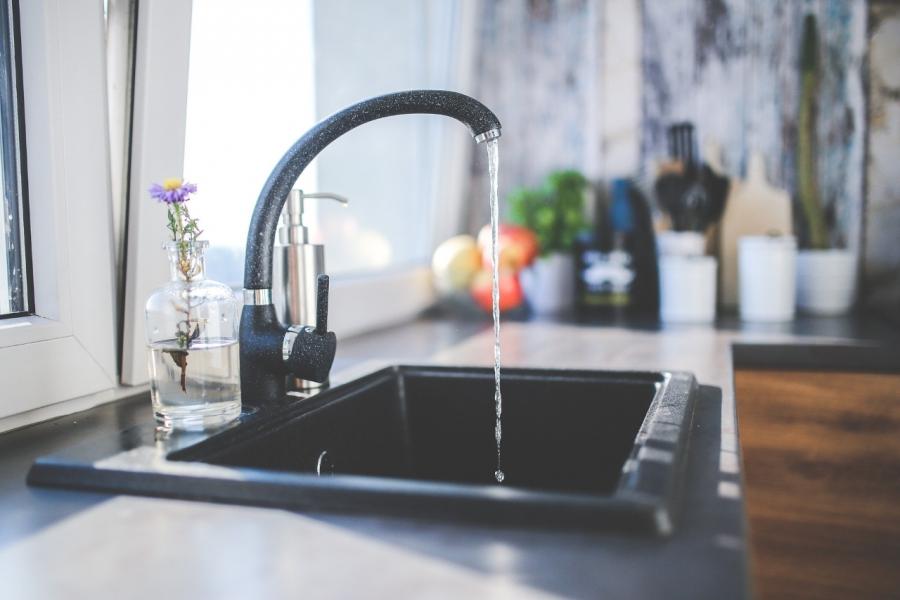 The role of trees for water quality

The issue of water is an increasingly sensitive issue, even in France, especially with growing problems of the presence of pesticides and nitrates in soils. Drinking water is also often the subject of water treatment to male water drinkable : this is what is called the curative method.

Preventive solutions do exist, and they are in forest. The forest plays a major role for good water quality : it makes it possible to produce drinking water in a natural way. And forest management can also help to better protect water resources (what we will see for future articles).

The role of trees in retaining pollutants : the example of nitrates

In the forest, the nitrate content in the soils are much lower different from land cover type (agriculture, pasture, temporary meadow …). A study on the Lorraine watersheds moreover shown thata forest rate of 30 % would meet the standards of nitrate content for drinking water1. 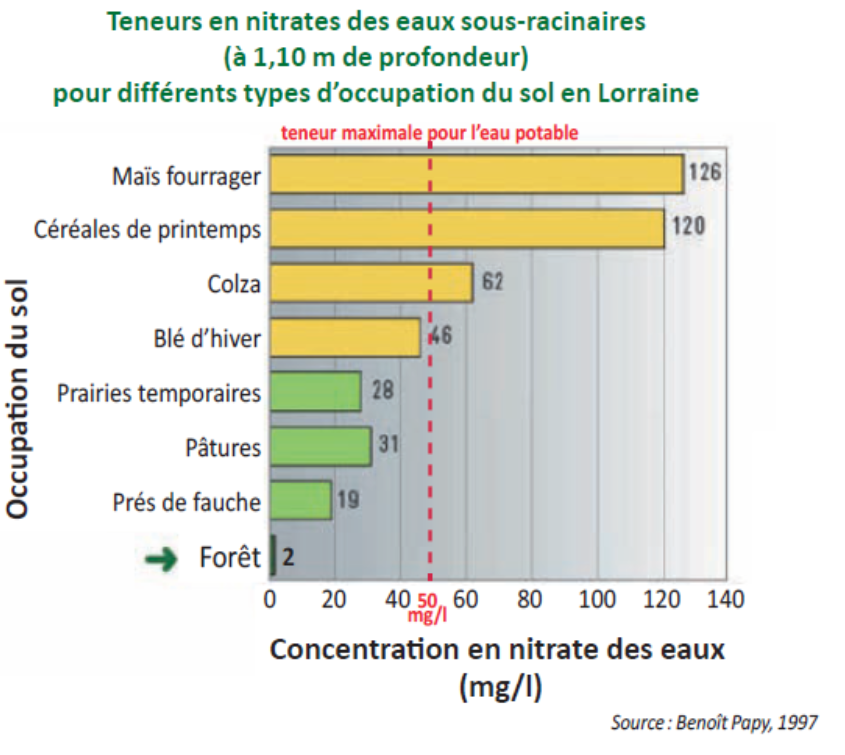 Indeed the forest plays a role of dilution of nitrate contents which can be found in the soils : the very presence of trees limits release or leaks of mineral elements such as nitrates, that follow a cycle « biogeochemical ». Mineral elements circulate constantly : 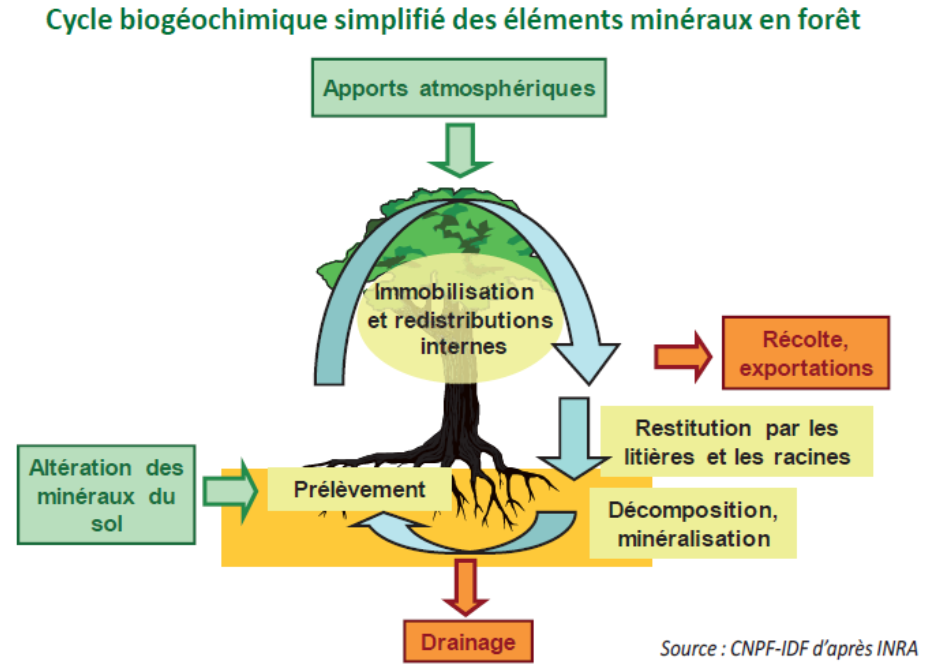 When the forest is near polluted water, the roots will play a purifying role by absorbing polluting substances (nitrates, phosphorus, pesticides …), degraded by biological activity of forest soil, and fixed to the floor components. In addition, forest soils rich in organic matter have a high capacity to retrain water and polluting elements. They filter the water before it flows into the soil and in groundwater.

After heavy rains, the water becomes loaded with particles during its transport. This can be a problem for drinking water, because it increases the presence of pathogenic elements :

Not to mention that these particles may eventually plug the pipes les canalisations ….

In forest, the forest cover protects the soil by intercepting and slowing down part of the precipitation, which helps to avoid these troubled water phenomena by suspended matter, and thus limit the phenomena that we have cited, including bacterial contaminations. Limite the presence of bacteria upstream would therefore allow the use of chlorine.

At the end we see that the forest therefore promotes naturally drinkable water, and this at a very low cost.

Tags
CO-BENEFITS OF THE FOREST