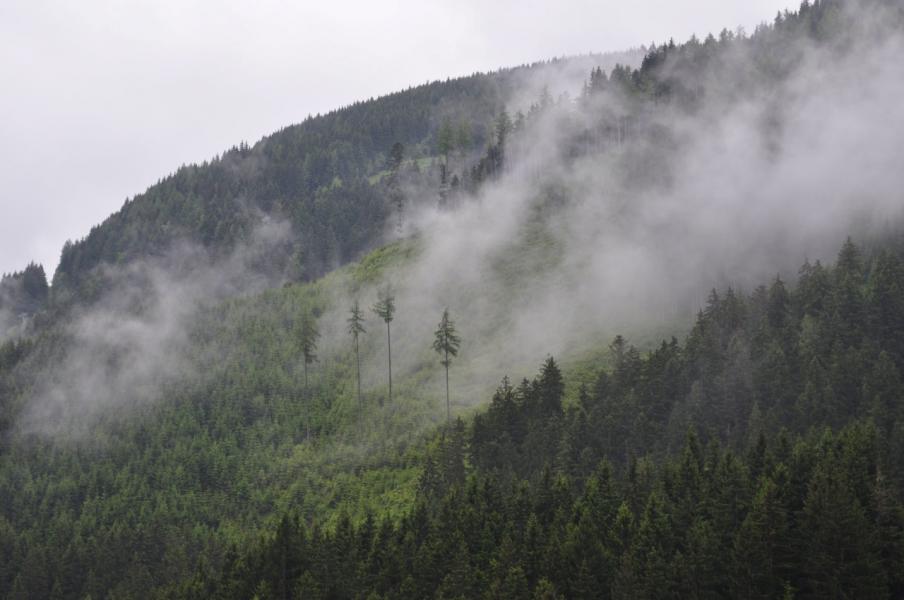 Influence of trees on climate at a regional scale (Part 2)

Trees "drink" water from the ground, and evacuate a large part of this water by evaporation and the transpiration of their foliage, after satisfying their physiological needs. Clouds are createf above the forests, fruits of this evapotranspiration that we had previously mentioned.

Forest are a real vector of water transport.From the oceans where water evaporates and forms clouds, water is attracted to the forest again which receives precipitation and continues this process of « cloud production ». The forest, thanks to its large massifs, thus participates to the transport of this water vapor and the progression of the rain towards the interior of the land.

According to some authors, forests could even increase the fall in precipitation each year from 8 to 10%. This question remains debated, however the disappearance of forests in some regions, combined with other climatic factors, a definite impact on the level of precipitations observed.

In total what we can say is that forest and rain are intimately linked : the more it rains, the denser the forest, and the danser the forest, the more it participates to the water cycle thanks to the evapotranspiration ! Inversely, less forest means less rainfall, especially in the most inland lands far from the oceans. Reducing the woody condition is therefore promoting the conditions of a drier climate, at least on a local scale.

The forest greatly reduces the water runoff the ground surface. Thanks to its foliage which intercepts part of the rains and mitigates its violence, the forest receives the precipitation in a way. At ground level, the litter, made up of dead leaves and accompanied by the mosses, continues this work of water absorption before gradually releasing it to feed the soil.

In doing so, the forest acts like a sponge that retains excess water, then frees her little by little, thus regulating the water regime. On the one hand, it limits the impact of foods and the transport of materials (soil and stones), and on the other hand its promotes minimal water flow in streams at the end of the dry season.

Finally, in mountain areas, trees play an important role to limit the impact of avalanches. A forest cannot hold back an avalanche of cours. But in an avalanche starting area, forests can hold back the sliding of the snowpack and in many cases prevent the formation of an avalanche. As mountain forests rarely exceed about the 2100 m (limite of the subalpine level), they playe a protective role for the villages located nearby which are better protected from the risk of avalanches and some landslides.